I've been so busy watching the hummingbirds that I haven't been posting. Consequently, have WAY too many photos, but I'm going to post them anyway.

This will be a time intensive blog since I suspect it will take a while to load, but hopefully you'll take the tie. As always, you can click on a photo for a larger version.

So here we go, in no particular order.

I know this isn't a perfect shot, but I liked the silhouette. 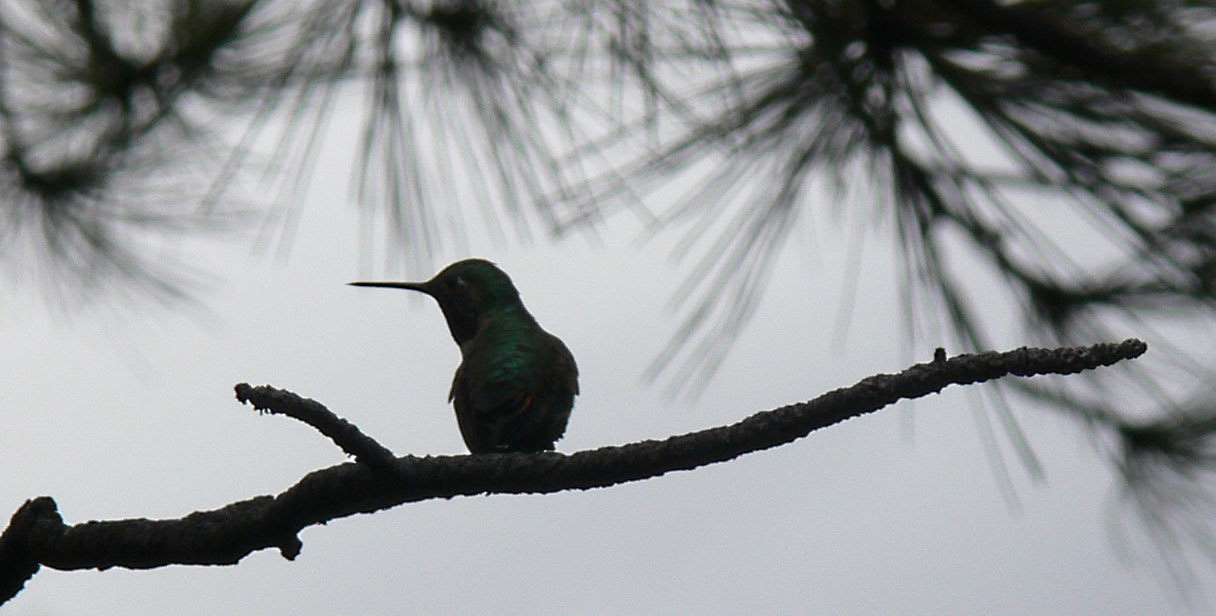 This is a shot of the Manzano Mountains, taken one day as we were returning from a trip to Albuquerque.

A close up of a broad tail hummingbird. 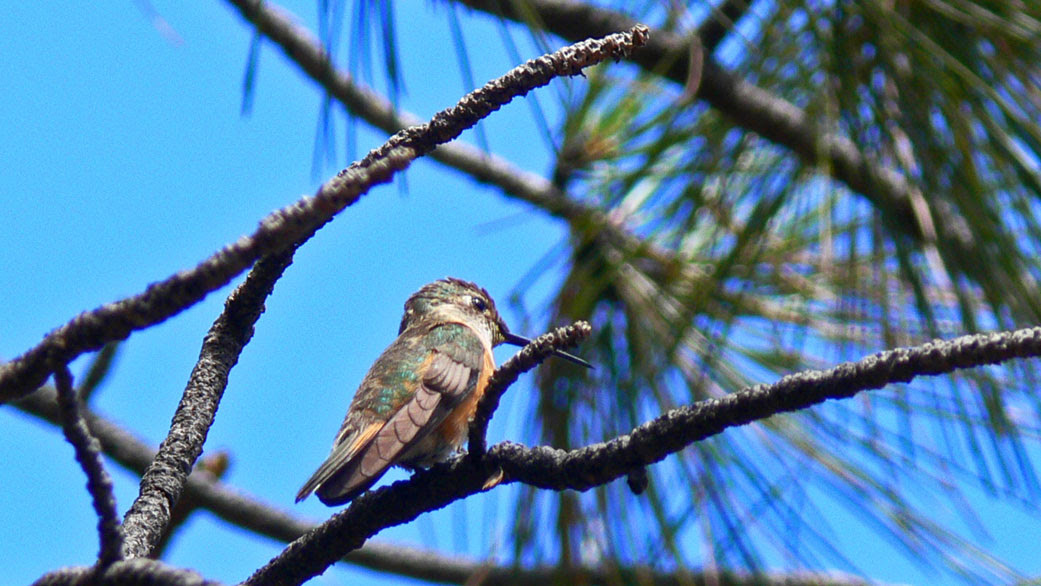 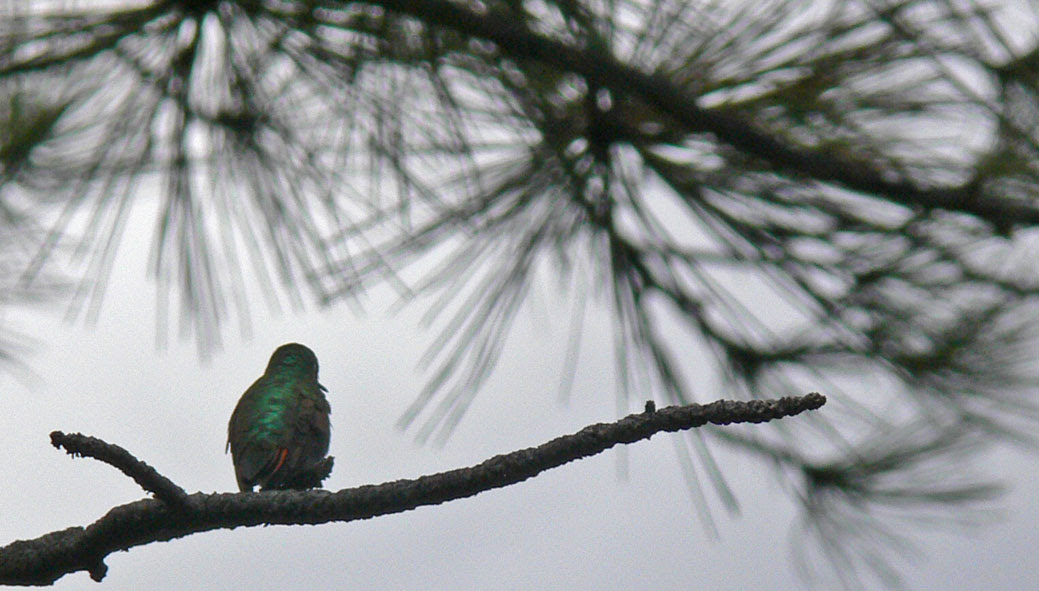 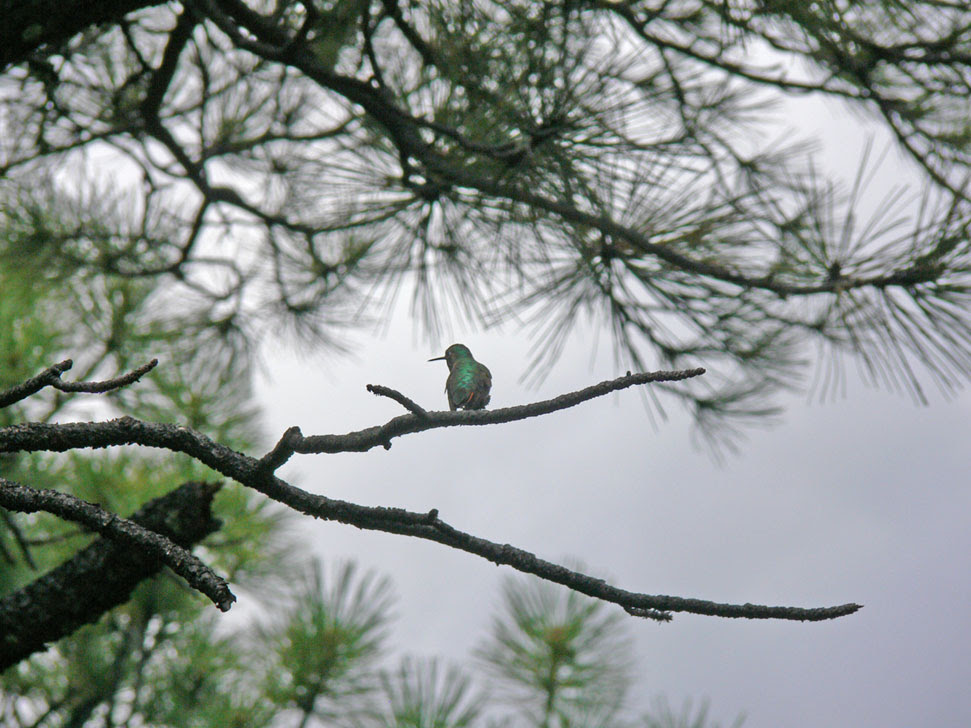 I know these are kind of repetitious, but I'm not a great editor! 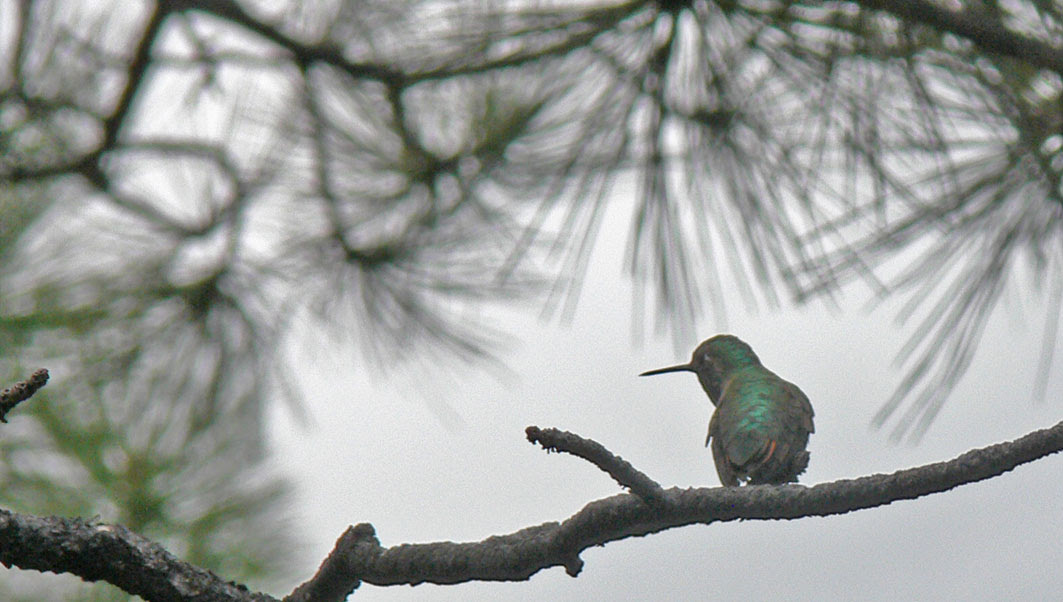 Another shot of the Manzanos, aren't they gorgeous?

The sky really is this blue and the clouds this white, I love New Mexico! 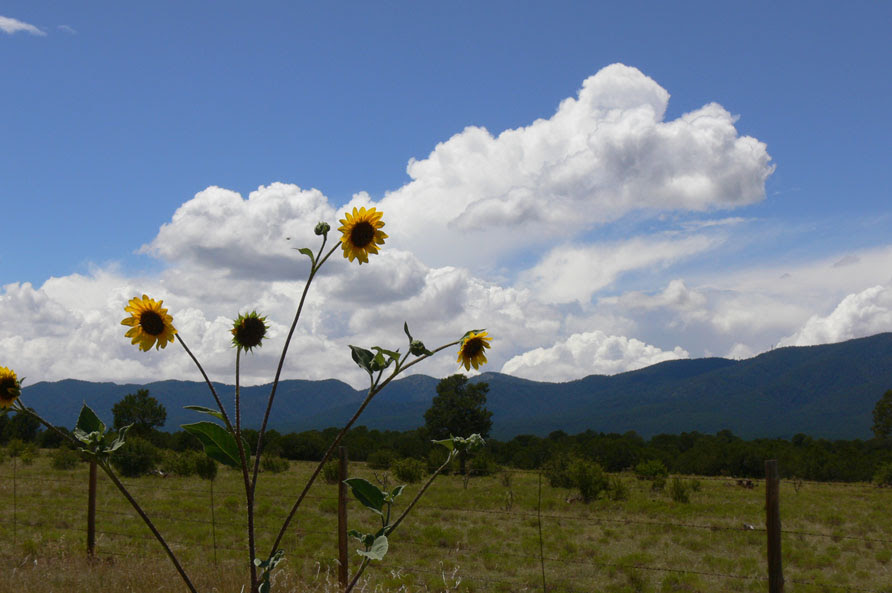 I liked the gate in this shot. 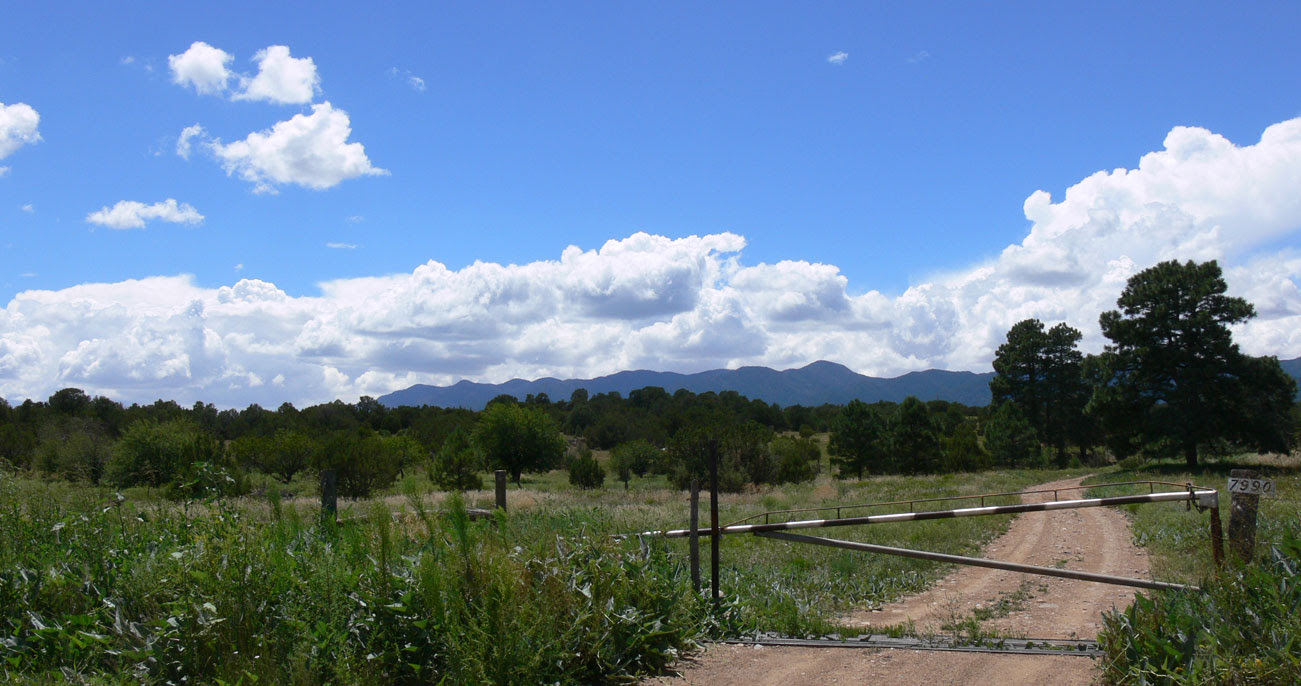 Back to the hummingbirds 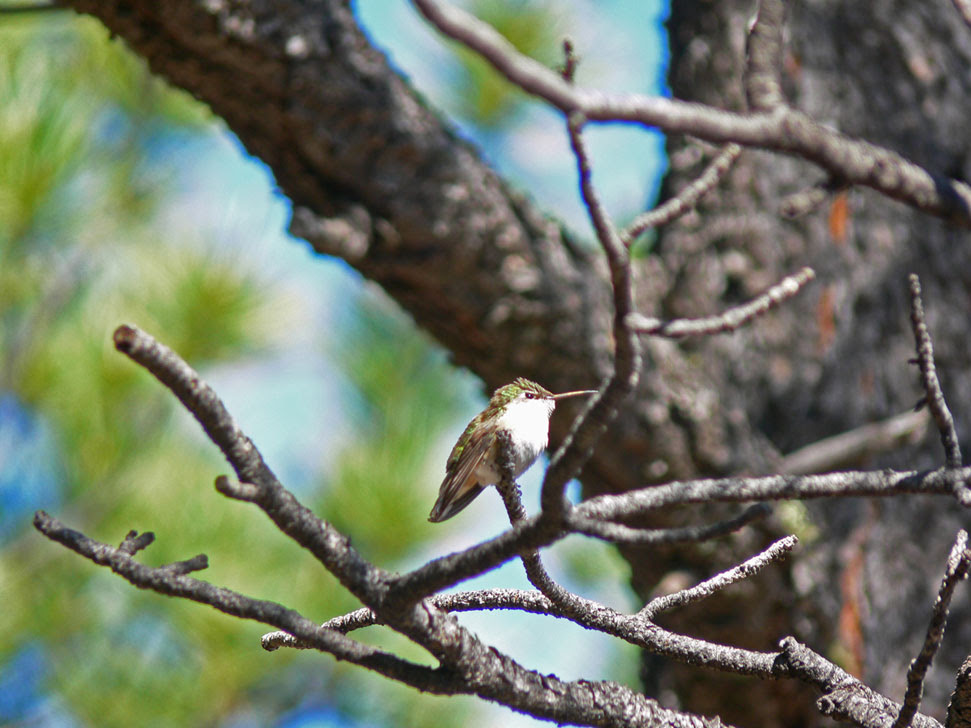 This is why they're called Broad Tails 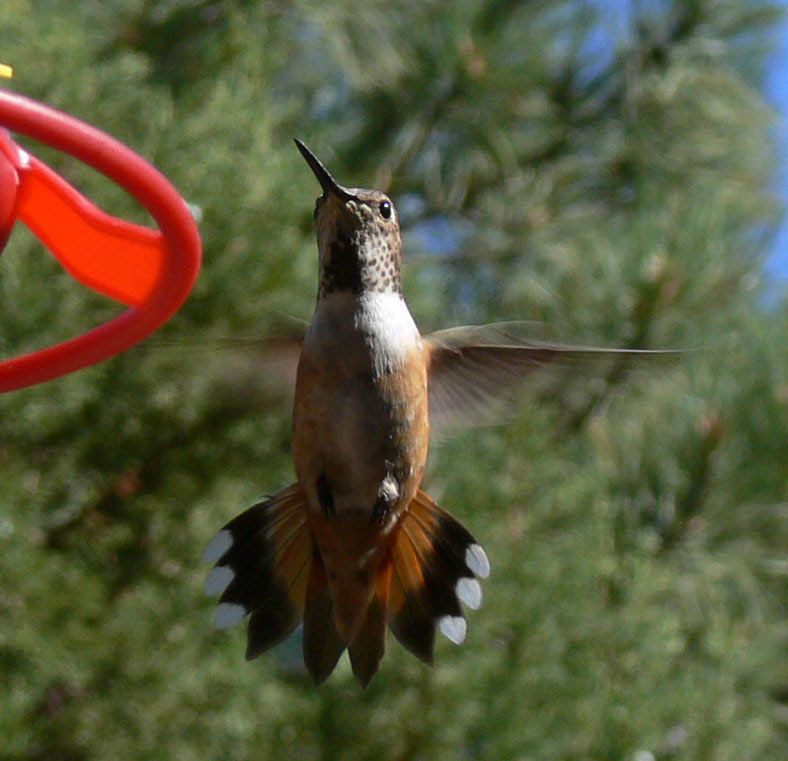 I really liked the detail of this one. 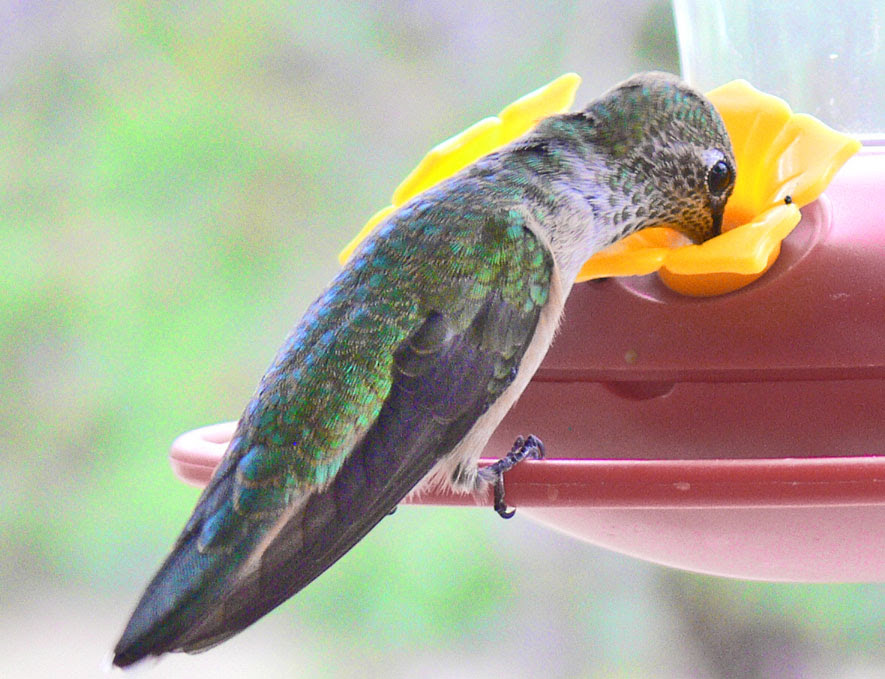 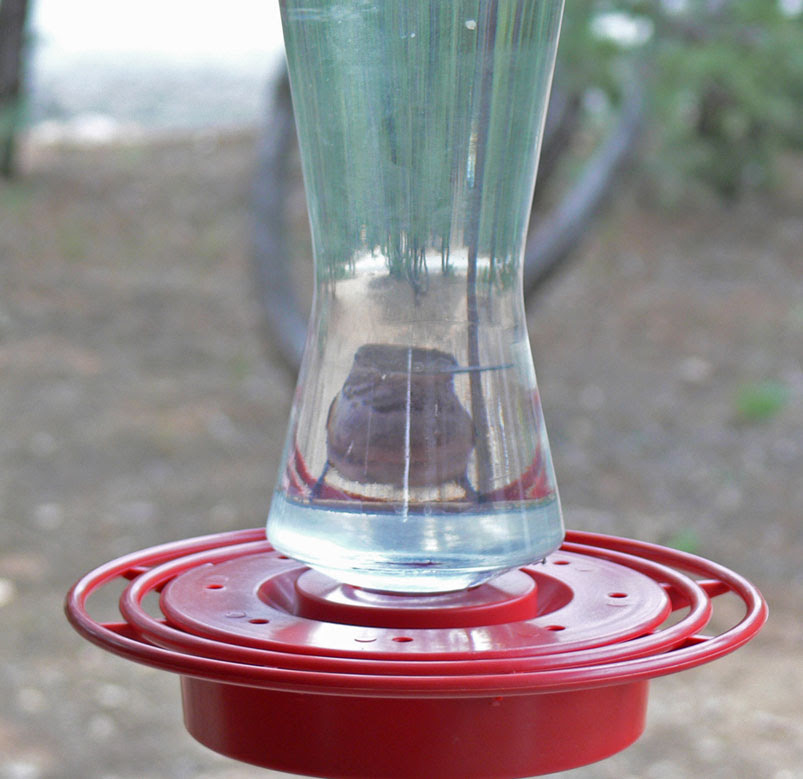 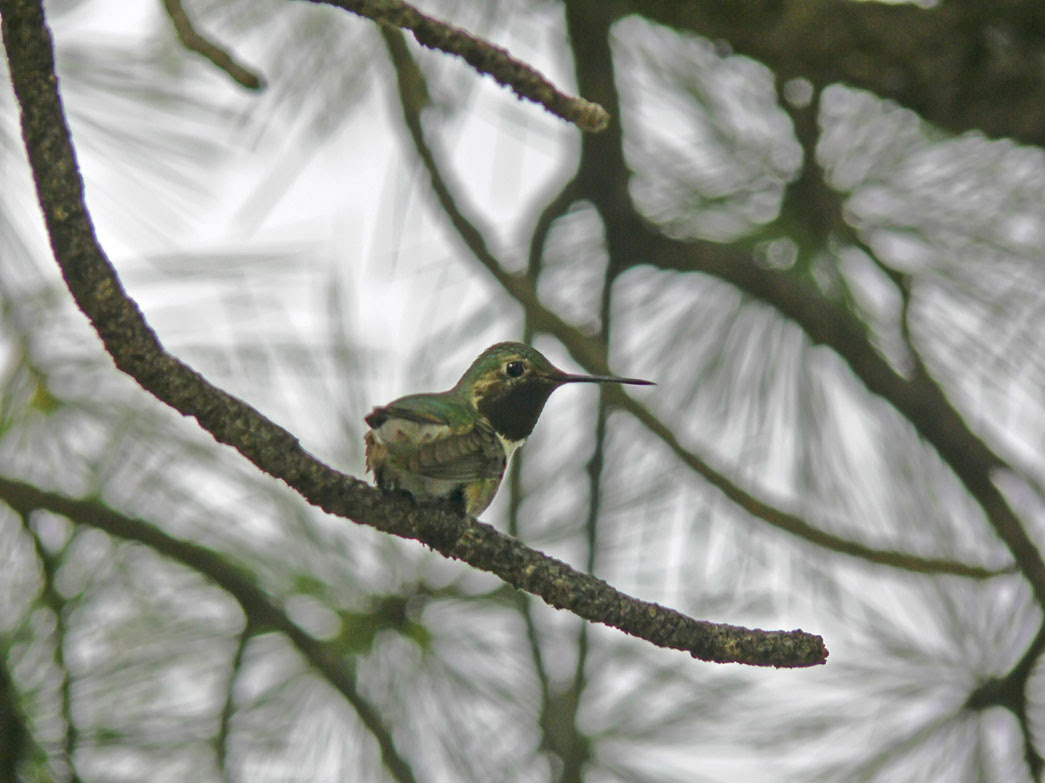 This is my favorite, all four birds sitting still at one time.
Don't they look like they're sitting at attention?
They really do congregate in the trees around Cholula. 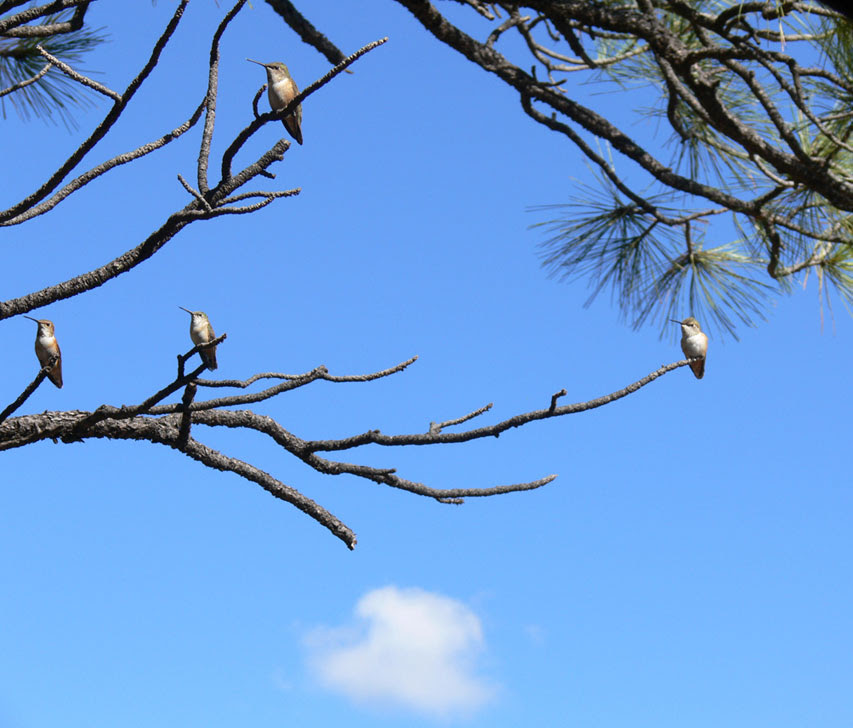 An action shot, these are hard to capture! 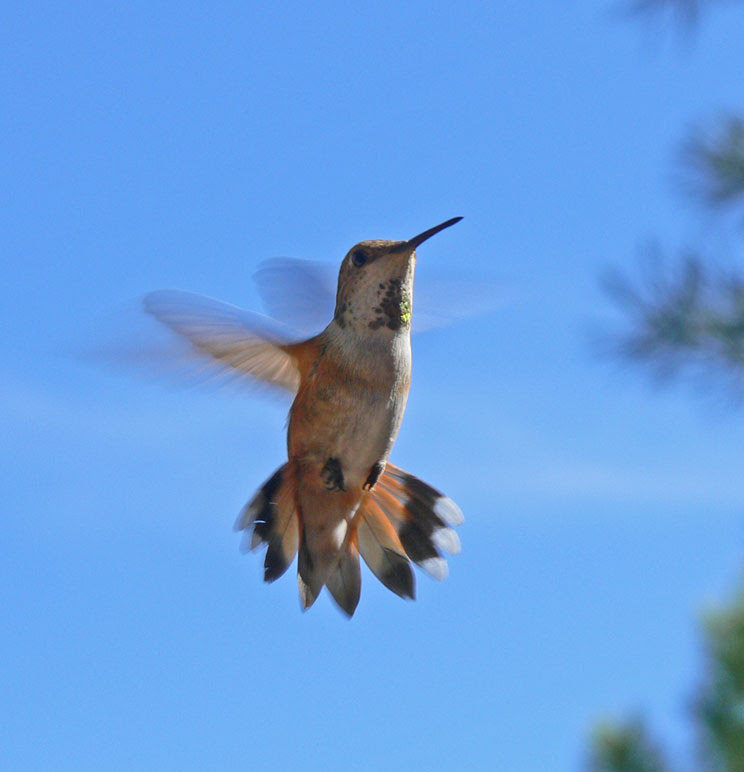 I can't seem to resist a closeup. 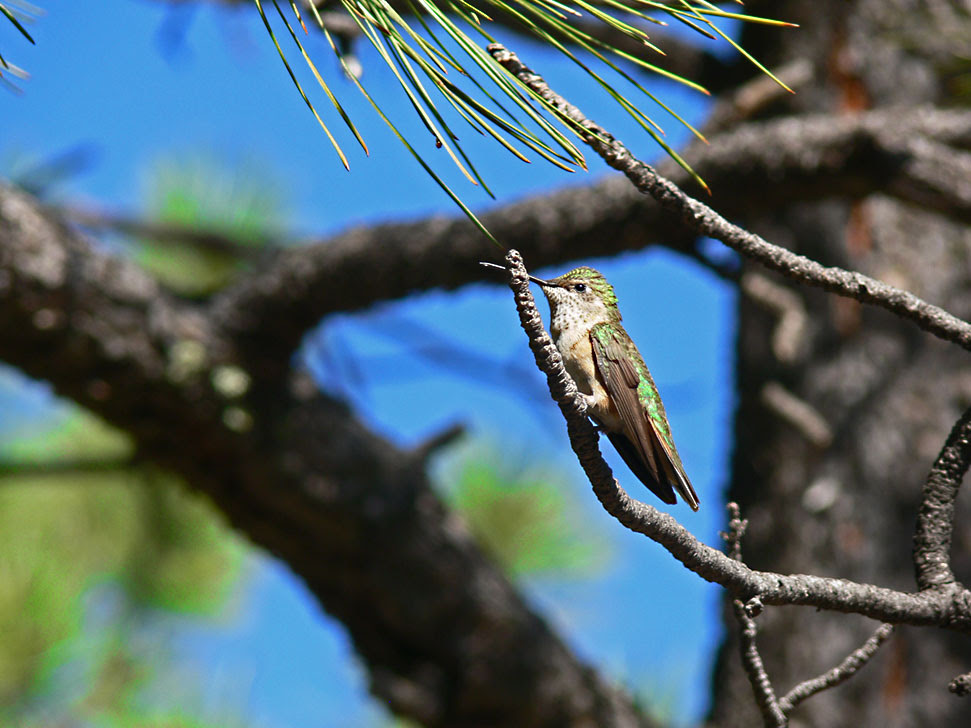 I really like the next two shots.
They were taken one after the other.
It's been a real chore to get good shots of the hummers wings. 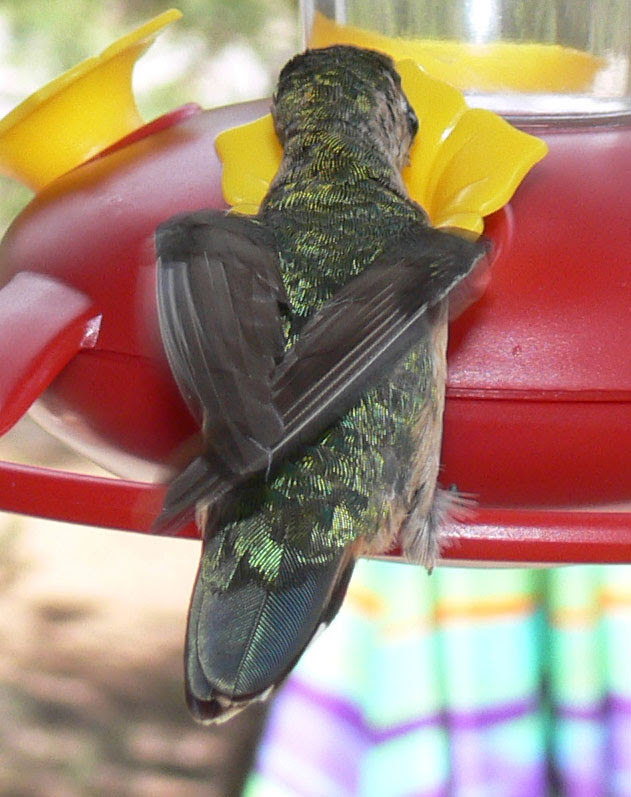 Make sure to enlarge this one. 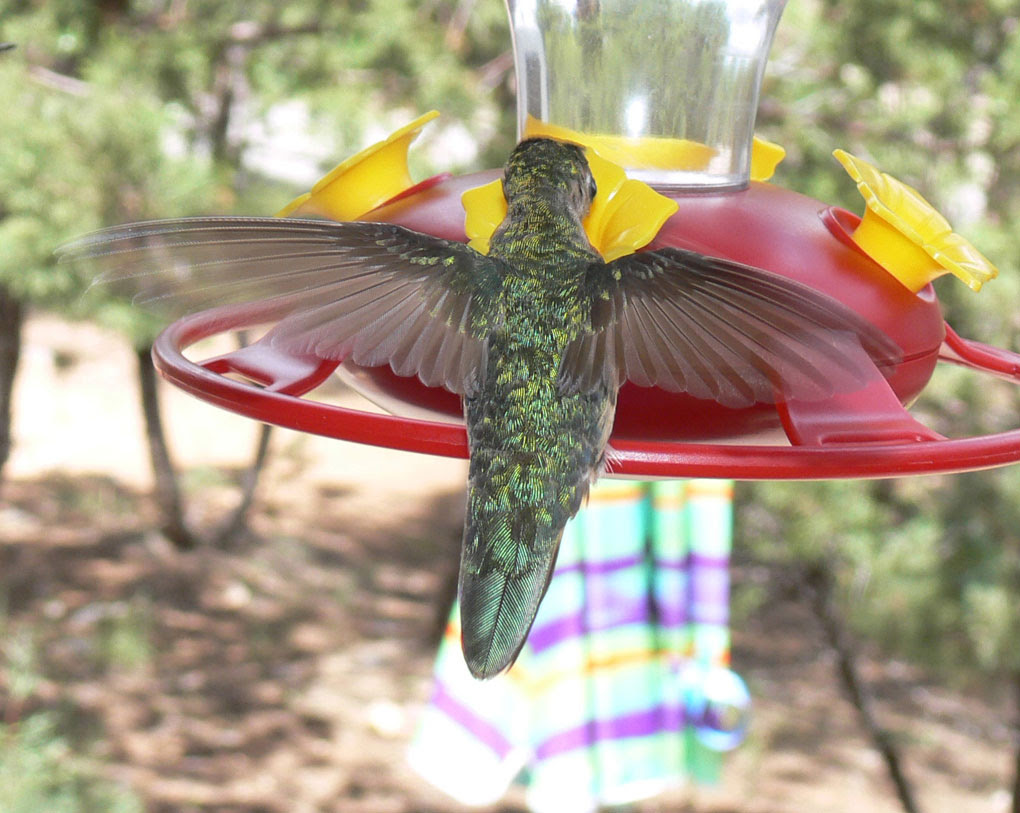 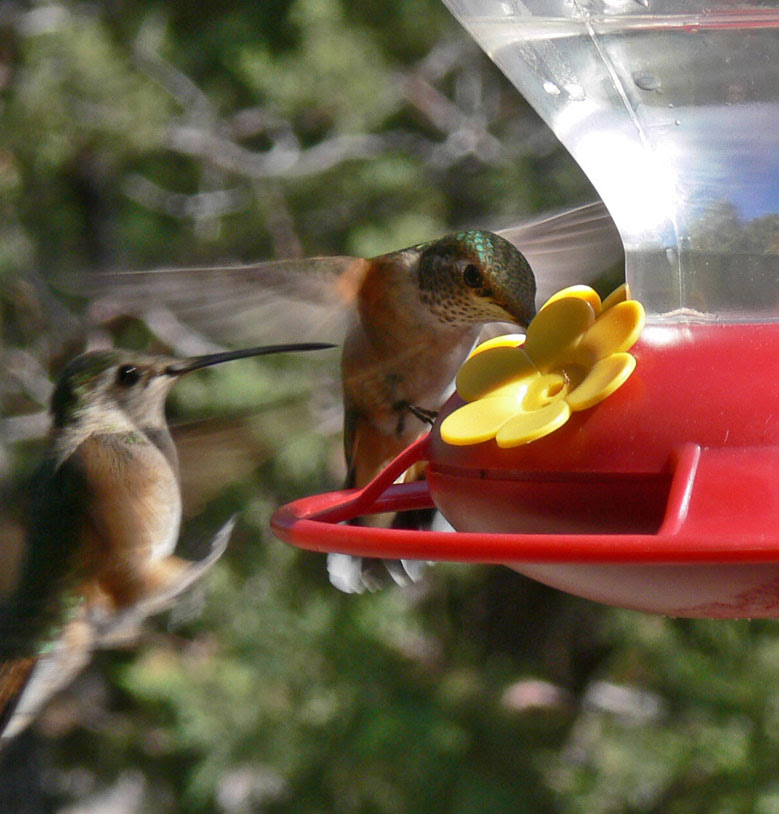 This little guy sat for the longest time.
It really felt like he was posing for me. 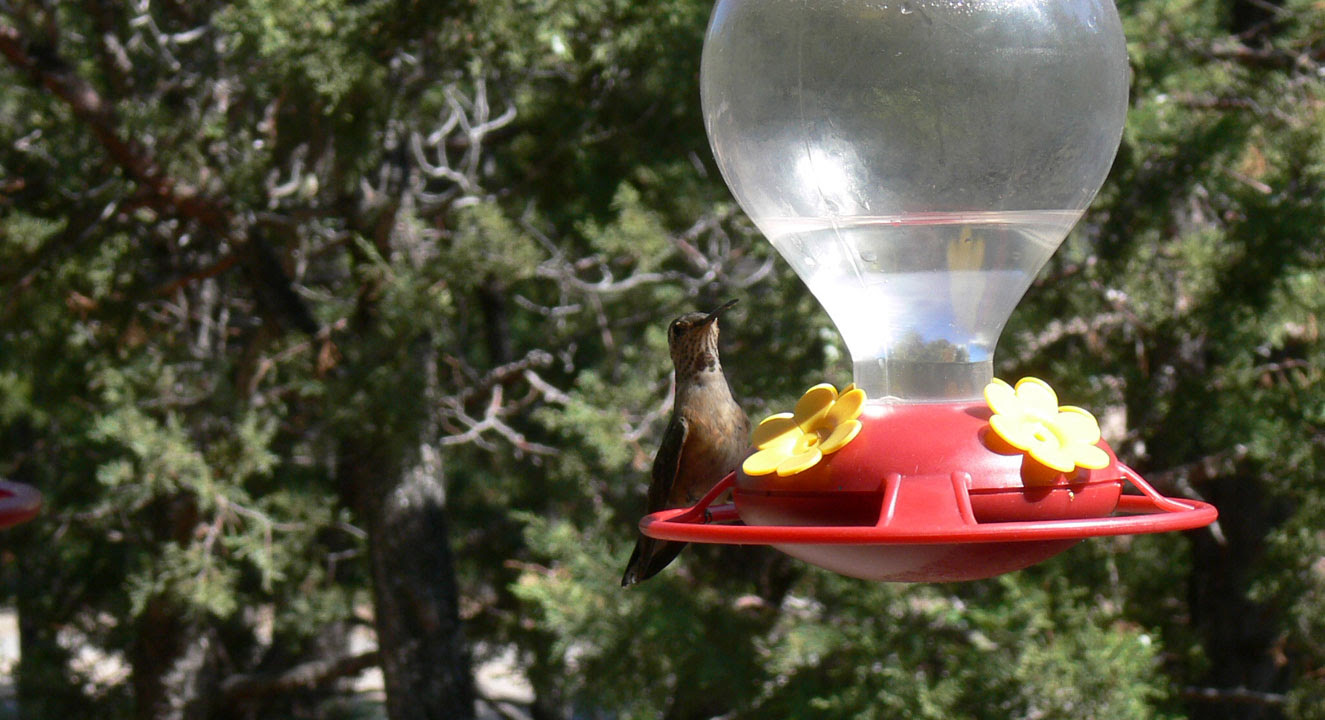 The Rufous are getting scarcer every day,
but This female is still hanging around.

A close up of a male Rufous 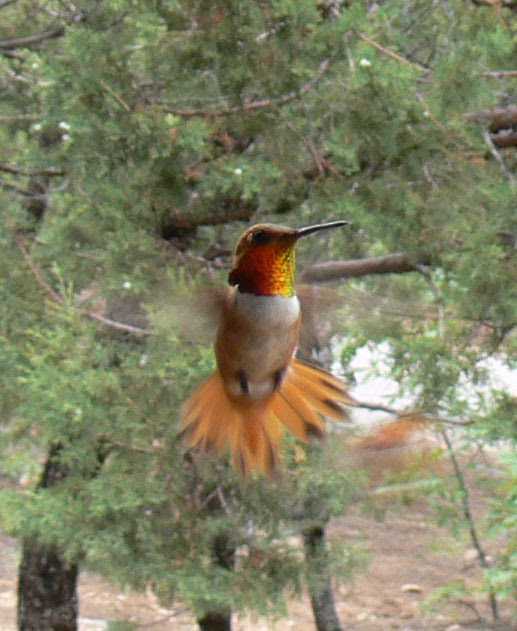 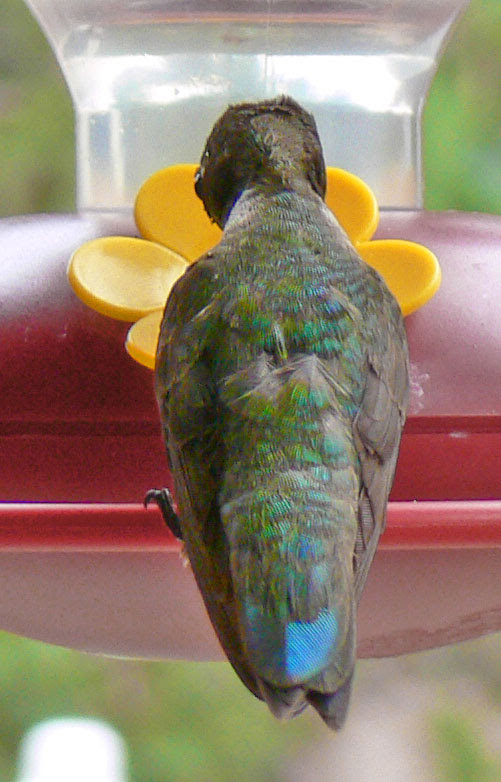 I like the shots of lots of birds,
even thought they're never as sharp as I would like

I thought I'd throw in a shot of one of the parks Abert Squirrels,
drinking from a small pond we have at the Visitors Center 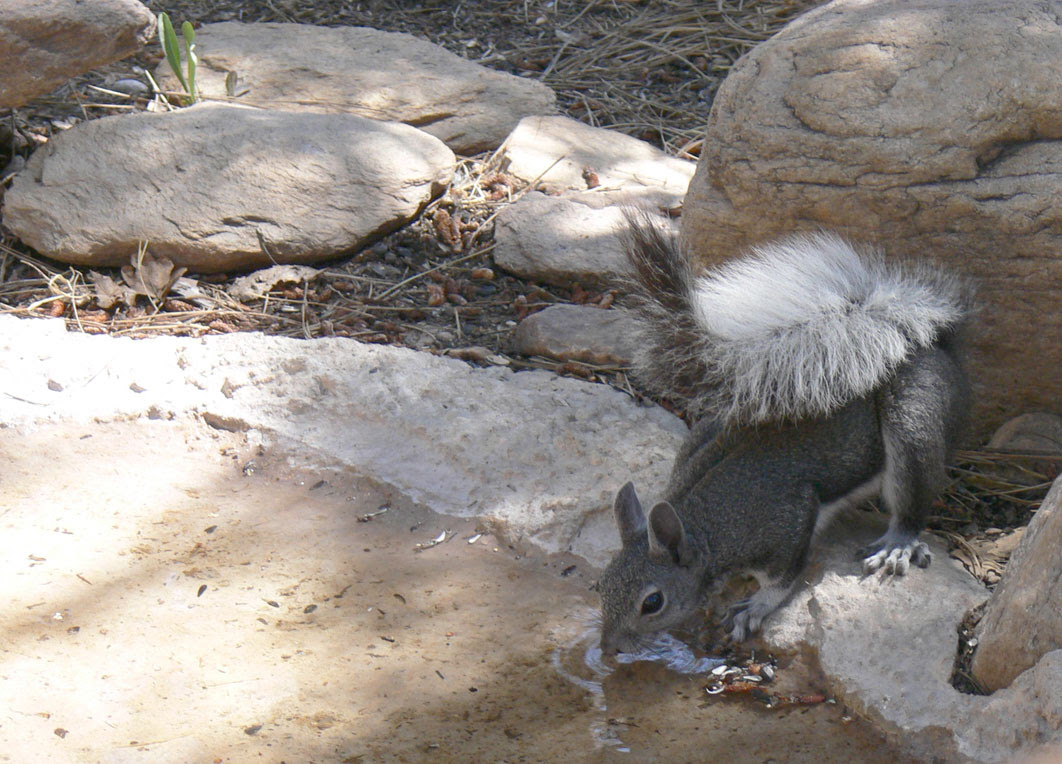 In this shot, I liked the light coming through the wings and the tail. 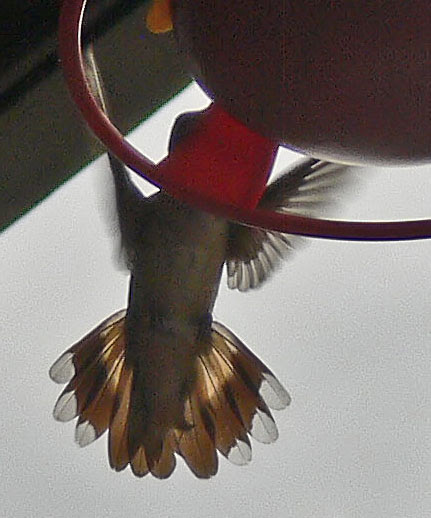 I finally got a good shot of the fuchsia gorget of this broad tail male.
Did you know that the feathers on a hummingbirds gorget only show their amazing colors at certain angles? I particularly liked the burnt orange on this Rufous. 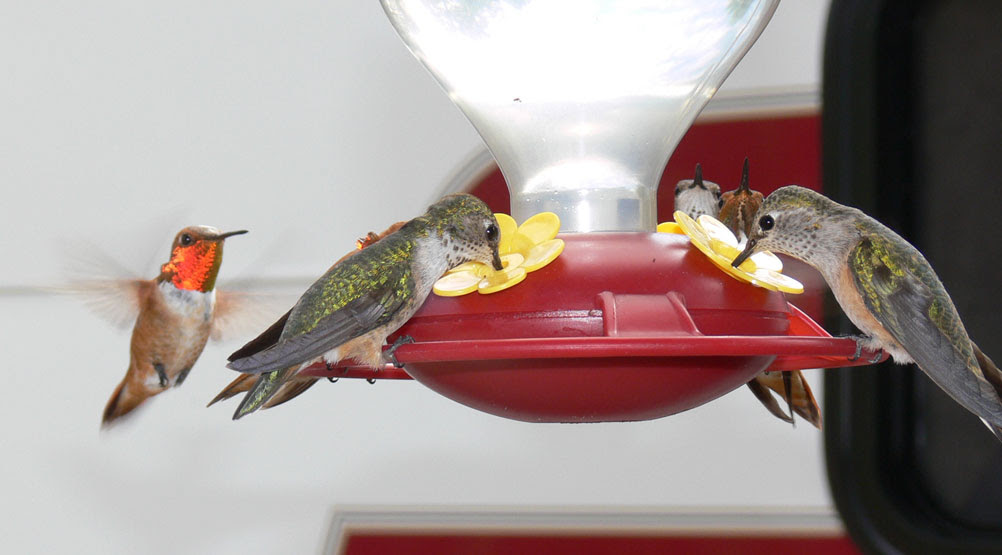 And last but not least,
this is the Abert Squirrel who eats right outside
our dining room window several times a day. 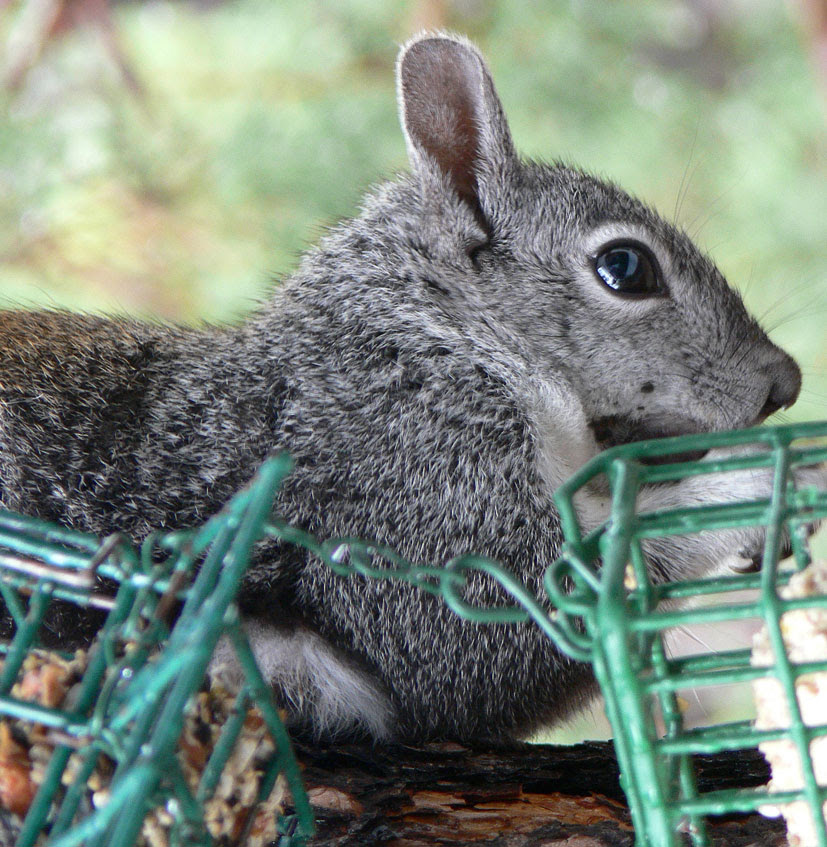 So this blog is mostly pictures, hope you enjoyed them!